Curled up in bed in her West Village apartment, shivering from cold and fatigue, Jordan Younger attempted to ignore the hunger pangs as she counted down the hours before she could have a glass of green juice.

The then-23-year-old student, in the middle of a gruelling, month-long, 800-calories-per-day juice cleanse, and was suffering: Her lips were blue, her hair was falling out, her skin was blotchy and she hadn’t had her period in six months because of extreme vitamin deficiency.

During this time, she was busy writing her blog the Blonde Vegan, where she perkily chronicled her rigorous plant-based diet after establishing an impressive 70,000 followers on Instagram.

“The obsession with my diet took up my every waking hour,” Younger, today 25, admits, “it had been preventing me from leading a normal life filled with social activities and other interests.”

The 5-foot-4 Californian watched her weight fall by 25 pounds to 105 pounds – considered herself the textbook example of an ‘orthorexic. ”’

Orthorexia is characterised as a “righteous fixation on healthful eating.” Contrary to other ailments, the focus is not on shedding pounds, but on just consuming food considered healthful, like nuts, and organic fruit and vegetables.

Younger became vegan in her last year of college, not because of moral reasons to protect animals, but after suffering undiagnosed abdominal difficulties. 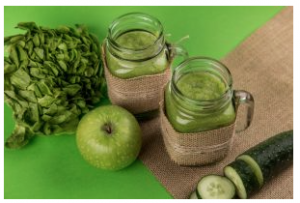 She recalls having a rush of energy and adrenalin in the beginning because her stomach issues appeared to be resolved, before discovering that her pains were being replaced by exhaustion. Her constipation and bloating problems returned, but she continued to adhere to the strict vegan regimen, religiously posting about it online.

As the weeks went on, she was in a Catch-22: Her public profile hinged on her vegan identity, yet her decisions were damaging her body. Frequently she felt so helpless, she needed to work on her notebook computer from bed. Taking one yoga class would leave her drained for the entire day.

Younger’s turning point came in June 2014, just a year after she founded her website, when she confided in a friend about her lack of menstruation — a condition medically called amenorrhea — for at least six months.

Her friend, who had also suffered from orthorexia, insisted she introduce fish to her diet. Soon afterward, Younger forced herself to eat a small part of wild salmon — and, within a week, her period returned.

A dietician confirmed that eggs and fish could boost her poor nutrient levels. Refusing to lie to her lovers, Younger announced on her website that same month that she was “transitioning away from veganism.”

That is when all hell broke loose – 1,000 followers immediately ditched her and she started receiving anonymous death threats from extremist vegans asserting she condoned the slaughter of animals and that neither she nor her family had the right to live.

Sixteen months after her change of heart, she has had the last laugh. She is still supporting herself by blogging, and her work frequently logs 350,000 page views, matching the amount she received on her vegan blog and her Instagram followers have climbed to 121,000. Others, however, were always supportive and completely backed her when, two weeks afterwards, she relaunched her website as “The Balanced Blonde,” which currently comes with a wider-ranging choice of suggestions and recipes that use fresh organic goods and a selection of animal meats and products.

She now says she lives her life with no label, eating plenty of vegetables, fruit and smoothies as well as eggs, fish and occasionally red meat.